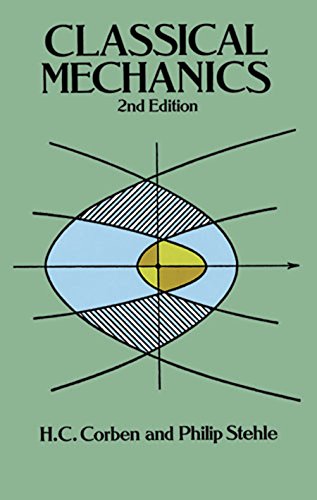 ⭐This book is a bit easier than Goldstein, whether that is good or bad depends on your personal preferences. A fruitful, though laborious approach, would be to first read Corben & Stehle and then Goldstein. A deficiency is that in parts it becomes to abstract and short of concrete examples that are fully worked out.A problem with the Kindle version is that some of the mathematical notation has become mangled.

⭐I am an undergraduate electrical engineering student. I have 2 years of math (basic calc through ODE) and got an A in general physics. I wanted a book that would introduce the Lagrangian and Hamiltonian techniques and prepare me for more advanced physics, and this is not that book. As another reader pointed out the implied summation notation is confusing and gets in the way. The author also defines most concepts using generalized coordinates (instead of say… cartesian coordinates), which is cool if you are applying the concepts to complicated systems and need generalized coordinates, but I think it confuses the actual physics that are going on, at least for the beginner. Perhaps this is a great reference, but I do not see how you could learn the topic of classical mechanics from this book unless you are already very good at math, physics and mechanics to begin with.

⭐It’s a great reference for those studying Mechanics.

⭐I had to understand Quantum mechanics, and more into depth statistical mechanics so I could understand condensed matter physics and particle physics, it was a most strenuous book and job to derive some of the equations of mechanics though.

⭐Bought the book based upon the glowing reviews and got burned.The book employs cryptic notation and lacks examples. It makes the simplest concepts confusing.If you are a physics professor and already know the subject inside and out and want a book to torment students with — this book is the one.

⭐Based only on the sample download, the math expressions use a font that is too small. Subscripts are critical, especially because they’re used for implying summation, but they are tiny in the ebook on Kindle Fire 7″.