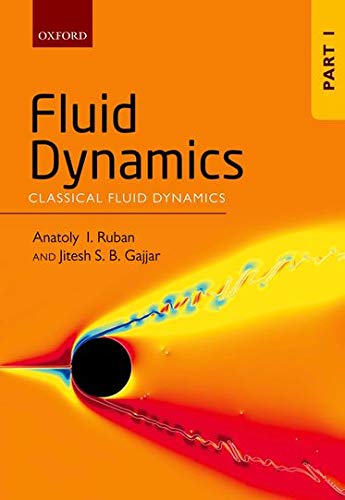 This is the first book in a four-part series designed to give a comprehensive and coherent description of Fluid Dynamics, starting with chapters on classical theory suitable for an introductory undergraduate lecture course, and then progressing through more advanced material up to the level of modern research in the field. The present Part 1 consists of four chapters. Chapter 1 begins with a discussion of Continuum Hypothesis, which is followed by an introduction to macroscopic functions, the velocity vector, pressure, density, and enthalpy. We then analyse the forces acting inside a fluid, and deduce the Navier-Stokes equations for incompressible and compressible fluids in Cartesian and curvilinear coordinates. In Chapter 2 we study the properties of a number of flows that are presented by the so-called exact solutions of the Navier-Stokes equations, including the Couette flow between two parallel plates, Hagen-Poiseuille flow through a pipe, and Karman flow above an infinite rotating disk. Chapter 3 is devoted to the inviscid incompressible flow theory, with particular focus on two-dimensional potential flows. These can be described in terms of the “complex potential”, allowing the full power of the theory of functions of complex variables to be used. We discuss in detail the method of conformal mapping, which is then used to study various flows of interest, including the flows past Joukovskii aerofoils. The final Chapter 4 is concerned with compressible flows of perfect gas, including supersonic flows. Particular attention is given to the theory of characteristics, which is used, for example, to analyse the Prandtl-Meyer flow over a body surface bend and a corner. Significant attention is also devoted to the shock waves. The chapter concludes with analysis of unsteady flows, including the theory of blast waves.