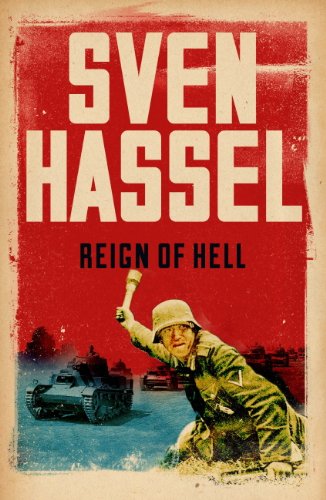 A sudden curtain of silence fell over the burning city. All that could be heard was the steady crackling of flames…

Hitler’s penal regiments advance on Poland. Himmler has given the order: Warsaw must be razed to the ground.

But the Polish Home Army are not willing to give in to the German troops so easily.

As the city erupts into an inferno of flames and gunfire, Sven and his comrades find themselves caught between the sadism of the SS and the guerrilla warfare of the Polish Resistance…

REIGN OF HELL is a gripping insight into the Warsaw Uprising of 1944, and the bloodshed that ensued as the Polish tried desperately to liberate themselves from the German occupation.

Review Hassel’s books of war are the most powerful I have ever readHe is graphic, at times brilliantly so, but never brutal or bitter. He is, too, a first-rate storyteller―WASHINGTON POSTIn essence this is an expose of the absurdity of war, and a moving plea for peace. As such, it takes its rank with far milder books, such as ALL QUIET ON THE WESTERN FRONT―NEWSDAY –This text refers to an out of print or unavailable edition of this title.

⭐ I remember reading “Comrades of War” back in the 1960’s and decided to order the entire series. I’m glad I did. Sven Hassel, the author, comes across as an ordinary person caught in the turmoil of WWII. His writings depict his experiences during the war on several fronts. A very interesting read. If you wish to know more about the author, his experiences, and about the books…google Sven Hassel.

⭐ Sven Hassel drops some history into his books once in a while. Not excessively, but he does correct some of the lies we learn in our history books, and much worse, in Hollywood agit-prop. Otherwise, if you enjoy his work, it’s gonna be great. If you don’t, I’m sure you’re not reading this anyhow.

⭐ This is a god read. Very interesting. Like a western set in WW II. If you’re looking for something different, give it a try.

⭐ I had all of Sven Hassel books back in the early seventies when I was in the armed forces but gave them all away. So I tried to re-capture the essence but it didn’t work. I think it is because some of the books are not originals but later editions. The read has not changed, so if you like a good war story of a penal battalion with a group of misfits then you will like these books. I really enjoyed Liquidate Paris, Monte Cassino and Wheels of Terror.

⭐ The whole gang on top form, this is one of the best books in the collection