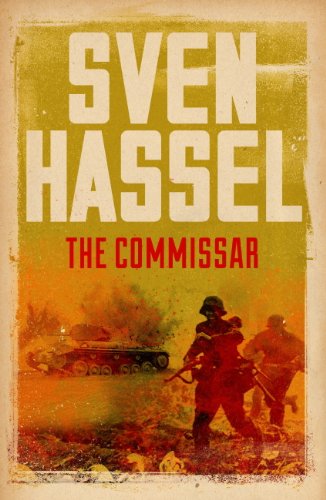 A shocking insight into the brutalities faced by ordinary soldiers and the atrocities committed in the name of survival.

Dispassionately we stared at the bloody scene. It had become an everyday sight.

The 27th Penal Regiment care nothing for Hitler’s war. They fight only to stay alive. But then they uncover the Soviet Army’s biggest secret. A Russian commissar has hidden 30 million dollars of gold somewhere behind enemy lines.

In a madcap scheme, Porta brokers a deal with the commissar: free passage for the Russians in return for a share of the gold. To find it, Sven and his comrades must be prepared to lie, steal and go behind the lines of the deadly Russian army…

Review Hassel’s books of war are the most powerful I have ever readThe story shudders from page to page while the devoted friends live precariously from year to year, until only the one survivor is left to write this book. And a gripping book it is―CHICAGO SUNDAY TRIBUNEIn essence this is an expose of the absurdity of war, and a moving plea for peace. As such, it takes its rank with far milder books, such as ALL QUIET ON THE WESTERN FRONT―NEWSDAY –This text refers to the hardcover edition.

⭐ I love reading these books because they are so realistic

⭐ One of the best books I ever red, reading the whole series again for the second or third time, can’t remember exactly.

⭐ Look forward to reading it.

⭐ I’m going to have to post the same review for all of Sven Hassel’s books that I’ve read. I first encountered them in paperback form when I was about 16 years old and almost half a century later they are still as gripping, still as gritty and still as tragic as when I first read them.